woodhouse
May 15 edited May 15 in conversations

“From Olssøn Barbieri, behalf studio, and Mythology and Joe Doucet” 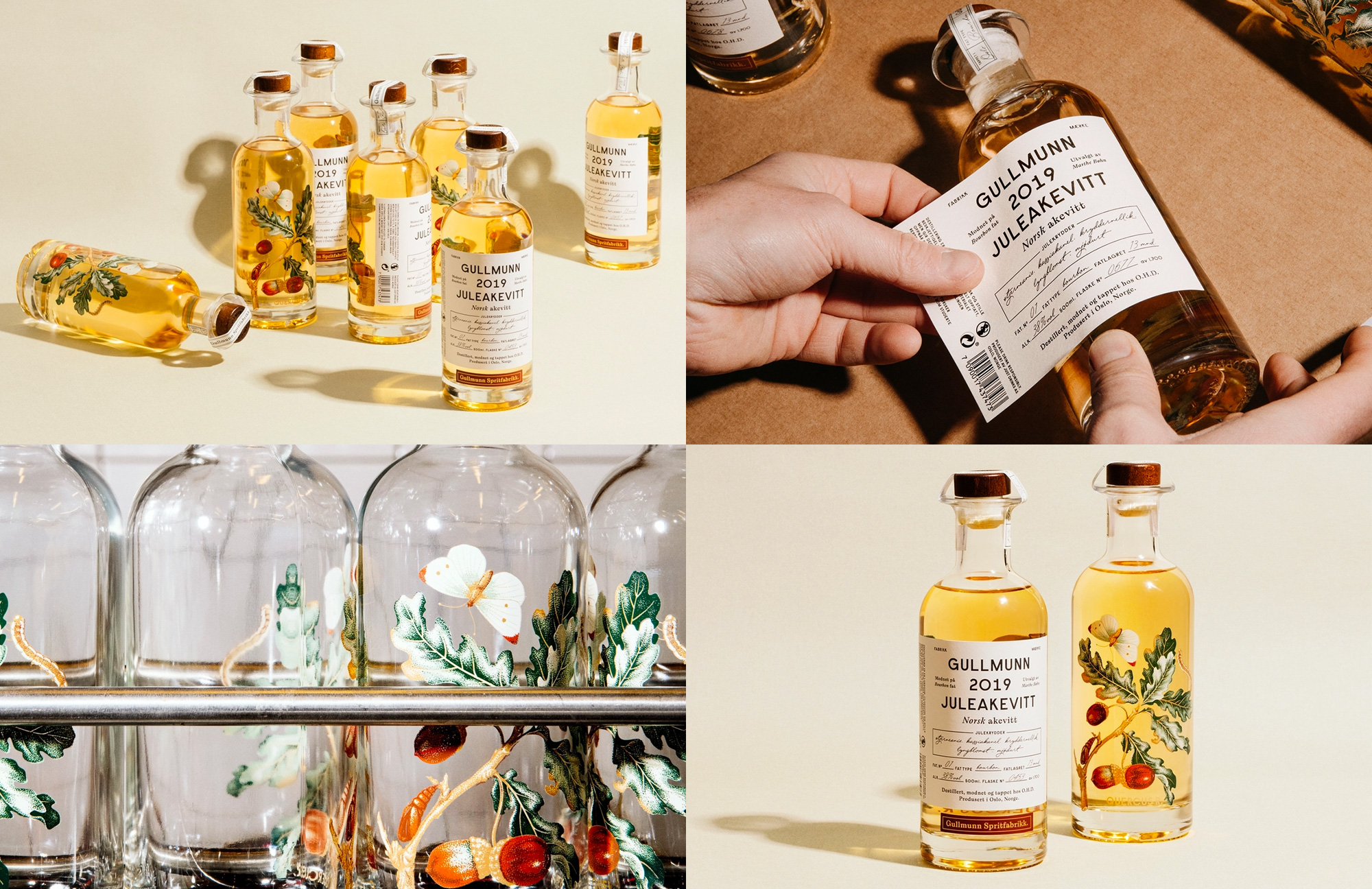 Gullmunn is a new, small brand of aquavit available in Norway, created by Marthe Bøhn, a cognac distiller, and produced at Oslo Craft Distillery. The packaging, designed by Oslo, Norway-based Olssøn Barbieri, has a lovingly typeset label on the front -- inspired by taxonomical documents -- with a lot of great typographic details. This is contrasted by a stunning 7-color, silkscreen-printed, pointillism illustration of acorns, butterflies, and green leaves that looks great against the golden hue of the aquavit. Di-still my beating heart. See full project 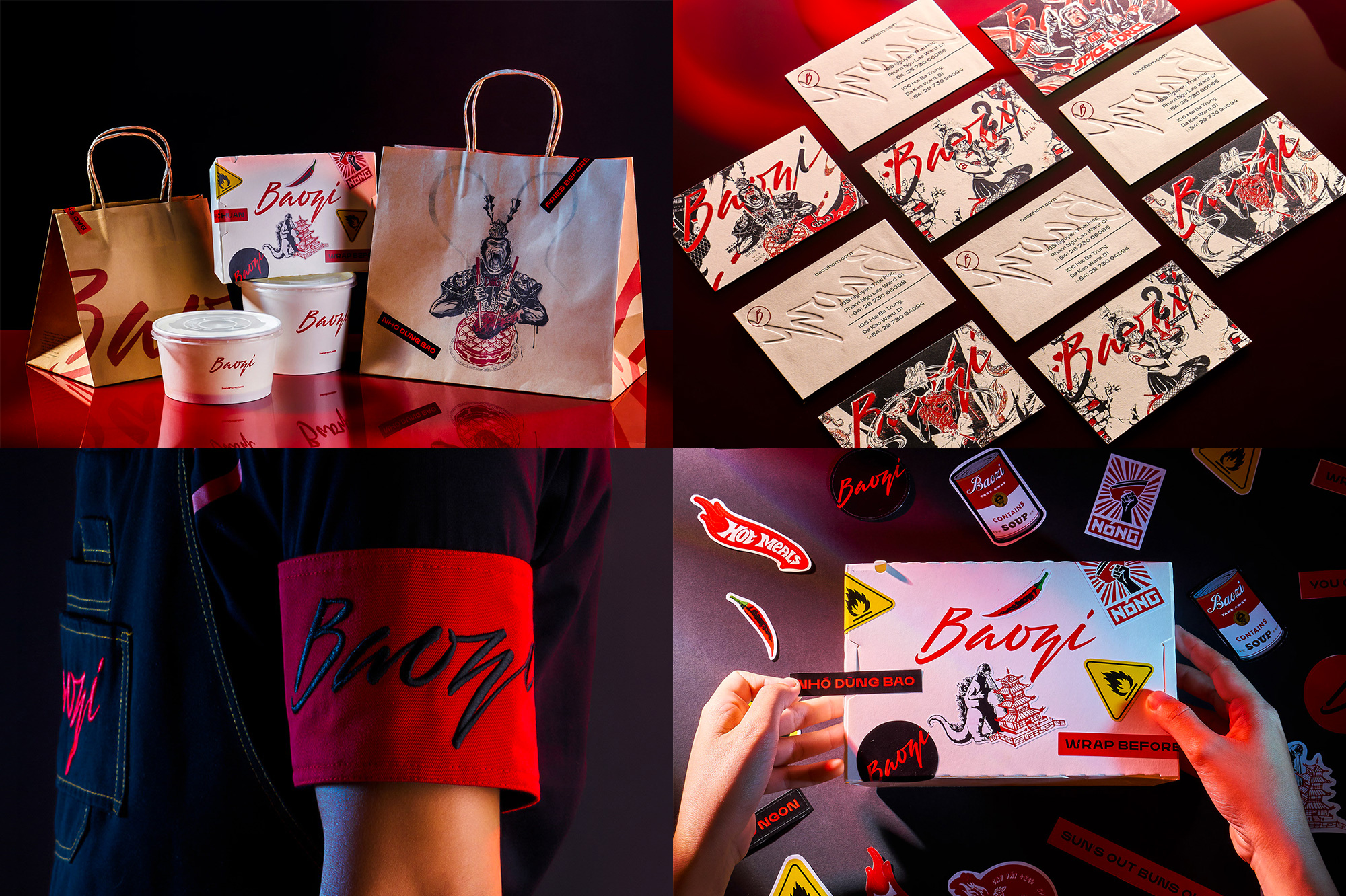 Baozi is a small chain of fast-food restaurants in Ho Chi Minh City, Vietnam, offering bao and other "label-less selection of Asian fusion food". The identity, designed by local firm behalf studio, is self-described as "Banksy got drunk in Chinatown", which should be a design category all its own like Brutalism or Minimalism because this is so much raging fun... and chaotic. Fueled by a series of dark (as in their content, not their hue and brightness) illustrations that reference about a dozen different things each, from culture to art, the identity calms down a little in most of the applications by adorning all of its take-out materials with knock-off and parody versions of well-known logos (like Hot Wheels) or objects (like Campbell's Soup). Amidst all of this, the logo is pretty great and looks awesome in the uniforms. There is not much rhyme or reason to all of it together but that's what happens when Banksy gets drunk in Chinatown so it's best to just accept it. See full project 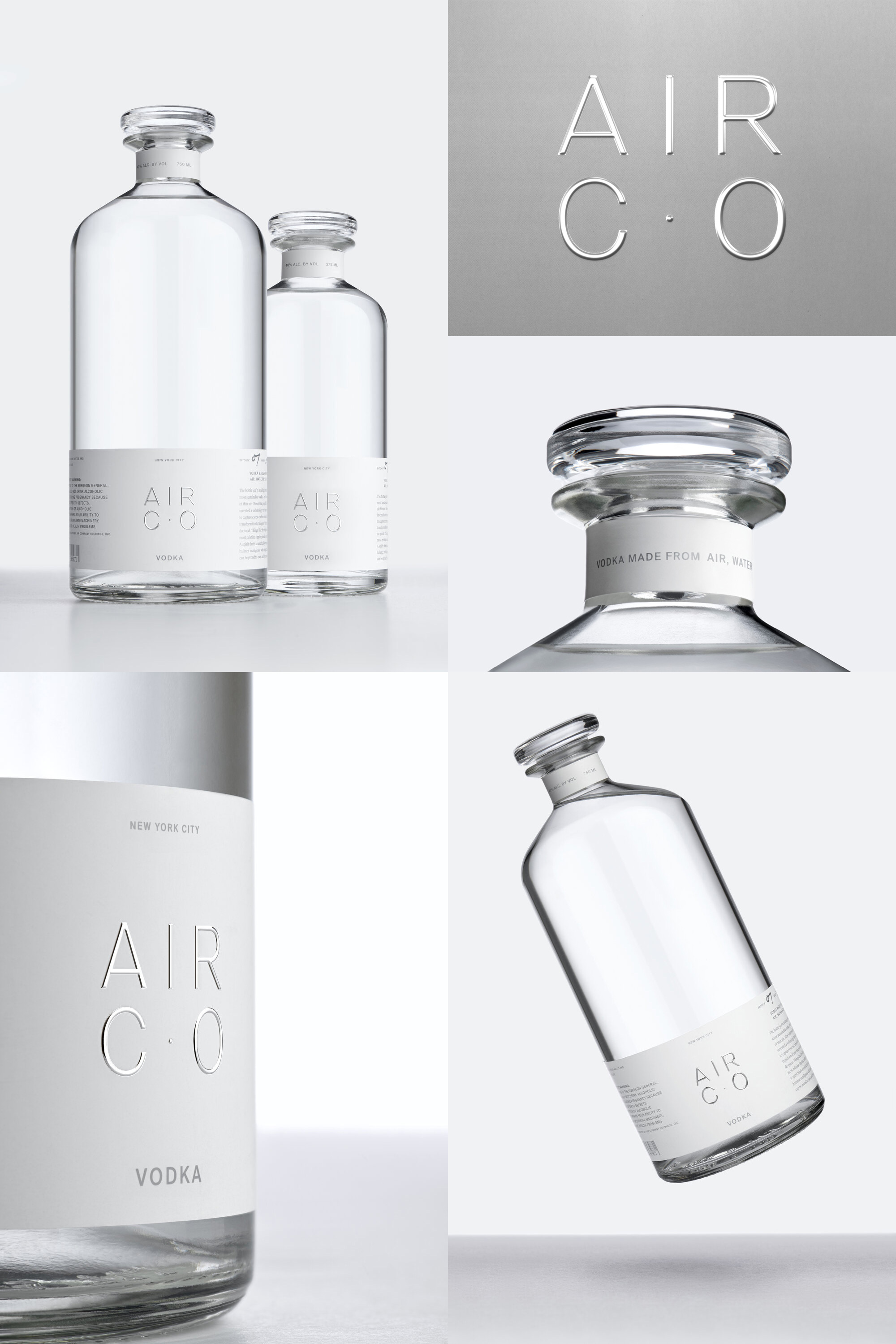 Air Co. is Brooklyn, NY-based innovation and social-good-minded company that makes products by extracting carbon dioxide from the air -- their carbon converting system has received awards from NASA and the United Nations. Its first product is a vodka that uses only two ingredients, air and water, as opposed to the usual fermented grains such as corn, potato, or wheat. Billed as "the world's purest, most sustainable vodka", the packaging needed to match the claim. Designed by New York-based Mythology and Joe Doucet, the bottle certainly oozes purity, with a slick and sturdy silhouette, anchored by a bare-minimum label -- adhered, btw, with a custom natural, non-toxic adhesive -- at the bottom, allowing the crystal-clearness of the product to shine through. The label's most exuberant element is a very elegant, thin sans serif type treatment for "Air Co" that is sumptuously embossed. Don't get me wrong, it's all a little on the pretentious side but it's unquestionably nice and at $65 a bottle, it better be. See full project