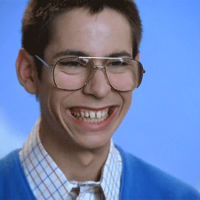 heck, doesn't really need wheels, lets have some boats too!

well, the vw iroc is certainly one of them! i guess it's quite likely to make it to production in a not-too-dissimilar guise, too. Volkswagen has revealed its Iroc sports car concept at a special event in Berlin this evening. The Iroc marks the return of the Scirocco, Volkswagenï¿½s iconic sports coupï¿½, which made its debut at the Geneva Motor Show 33 years ago.


The Iroc marks the return of the Scirocco
The Volkswagen Iroc is a sports car concept for the future with design and dynamics entering a new dimension. The new concept transfers the successful coupï¿½ from the 1970ï¿½s, ï¿½Sciroccoï¿½, into the distinctive and eye-catching sensuality of the future, the Iroc.

A sports car with four seats, clear-cut design, nimble turbo engines, and distinctive measurements it not only gives it an aggressive and sporting appearance, but liberates space in the back for two adults plus luggage. With its Viper Green metallic paint, the Iroc harks back to the Scirocco, where this exact shade was available in the 1976 model range.

Design
Its progressively designed radiator grille, the extremely long roof, the steep rear and sexy proportions, all mark a turning point in style for Volkswagen sports car design. It uses a Volkswagen ï¿½faceï¿½ which is not yet common to other vehicles in the range, though the honeycomb-shaped structure of the radiator grille is undoubtedly a link to the Golf GTI. Another notable feature is the lack of obvious A pillars, due to the wide windscreen which overlaps them at the front.

Interior
Inside, the Iroc has four seats, as well as a spacious boot of 300 litres, which can be increased if the rear seats are folded down. Despite this practicality, the Iroc has been clearly designed inside as a sports car, with features such as front bucket seats and integrated five-point seat belts with central buckle.

Most distinctive, however, are the gauges and controls in the Irocï¿½s cabin. Two large and newly-designed round instruments form the visual centre of the cockpit. The driver looks into two cylinders with twelve illuminated bars which create a three dimensional segmentation within the instruments.

Power
Under the bonnet, the Iroc features Volkswagenï¿½s ground-breaking TSI petrol technology, which uses a turbocharger and a supercharger to produce diesel-like consumption with impressive performance. Designed to maximise driving fun, the concept has a 210 bhp TSI engine, but a range of TSIs, starting from under 150 bhp, are also feasible.

The Iroc combines practicality with driving fun and expressive design in a car that as a series-production vehicle would be attractively positioned in price.
«1234567…24»